Explore our blog for news and insightful resources. 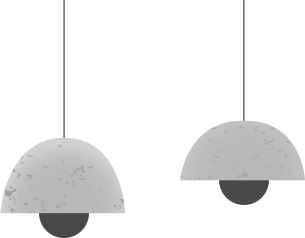 You hit the submit button, just to receive an email that your app has been rejected for a reason you quite don’t understand. What to do next?

Radio in times of crisis: How can mobile apps for radios serve the public interest?

What the technology has given to the human race so far is the convenience to moderate many activities from the screen of its computer, smartphone or tablet.

How to create a mobile app for your radio station?

Over the years technology has been growing fast by improving mobile phones to a great level. Mobile apps on their turn..

What is SEO and why does your website need it?

Many people ask us at Looksomething.com, “What is SEO and why do I need it for my website?” SEO is an acronym for Search Engine Optimization.

Microsoft was announced that more than 700 million devices globally are running on Windows 10. Still thinking about getting your own UWP app?

Mobile App Marketing - How to Effectively Promote your Apps

Discover the best ways to boost mobile iOS, Android & Windows app downloads and learn how to get more app users by reading this comprehensive guide.

Important Notice Regarding your iOS Apps

Due to a recent change in Apple’s App Approval Policy, all existing iOS applications are required to be transferred to individual Apple Developer Accounts.

How to enrich your listeners experience with your Radio App

Even though mobile application development has been dramatically rising over the last years, internet radio applications still seem to be too simplified.

Welcome To Our New Offices!

We welcome you to our brand new offices located in Thessaloniki, Greece.

Buy any SAM Broadcaster Cloud Annual Subscription at 20% Discount AND Get €80 OFF on any Looksomething’s Radio App Bundle Plan (Android & iOS).

Our new version of mobile radio apps has been released bringing new features and improving existing ones.

With Apple releasing iOS 8, major changes had to be done to our mobile radio apps. You can view all the new features and security updates here.

How can I choose the best white label reseller program?

With the fast and constantly changing digital world, businesses are struggling to find a way to make their services known to a wider audience.

How to make money from my mobile app?

It’s obvious that technology is evolving alongside us over time at a significant pace, affecting all aspects of our everyday life..

In an amazing night, filled with joy, glam and success Looksomething sponsored the Regional Media Awards 2019 that took place on Friday, September 27

Best Mobile App Development Companies in 2019 - count us in!

Looksomething was recognized as a top mobile app development company in 2019 with its complete solutions for radio stations – iOS, Android & Windows apps.

Google AdMob is a smart monetisation platform for mobile apps that helps you maximize revenue gained from ads in an easy and effective way.

Looksomething hit the Mobile Excellence Awards that took place at Anais Club, in Athens bringing home 2 awards, a Gold and a Silver.

Thank you for an amazing year!

The end of the year is the best time to review all that we achieved as a community during the past twelve months.

We are proud to announce that we’ve won an award at the Mobile Excellence Awards 2017 that took place at Hellenic Motor Museum.

7 tactics to make you a successful radio app reseller

The art of reselling is not always an easy path. It requires constant motivation and “out-of-the-box” thinking to get more clients by your side.

SmartApp Banners are those banners that appear at the top of the screen of your smartphone browser when you visit a website that also has a mobile app.

Spacial has partnered with Looksomething and offers 100 FREE Trials of SAM Broadcaster Cloud Silver to the first 100 customers to grab the offer.

We are proud to announce our new iOS and Android mobile application, based on RSS system, applicable for News websites, portals, blogs, etc.

Hotel App version 1.1.0 has been released!

The new 1.1.0 version of our Hotel Mobile Application for iOS and Android contains some minor bug fixes for both platforms.

Looksomething is a branch of